The actors is just a job like the carpenters 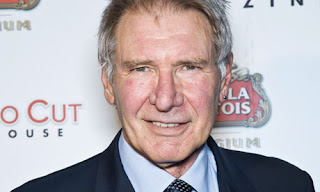 Harrison Ford was born (USA) in Chicago on 13 July 1942 and was a shy child. Although he was an enthusiastic member of the Boy Scouts, but he noticed at school only by disinterest, he had most enjoyed by no good grades. Nevertheless After graduating from high school he began to study at the college, but he discovered here his penchant for acting. He attended acting classes rather because he wanted to do more with his life than to have any office job. Just days before graduation so he threw the College to put everything on one card and to become an actor.

In Los Angeles (California) arrived, he applied to various film studios, but due to his lack of acting training he was refused everywhere. Harrison Ford Although he managed to come to smaller movie roles, but he could not thus feed his family. Influenced by his many failures as an actor Harrison Ford decided to accept a part-time job as a carpenter. He built furniture, terraces or he worked as a stagehand. This he earned enough money to keep themselves and their families afloat.

Harrison Ford: "I have only done so I could buy something to eat"

The next film project of George Lucas auditioned hundreds of actors. Harrison Ford, who was busy with carpentry work, was asked for vorsprechenden actor to take over some speaking parts as support. He was mainly a great nonchalance on the day and managed to stand out from all other Vorsprechenden. He convinced as the whole casting team and landed surprisingly a role in the film. As on 25 May 1977, the science fiction film "Star Wars" ("Star Wars") was seen for the first time in the cinema, Harrison Ford not only occupied the role of Han Solo, he coined it. "Star Wars" was the most successful film in history and Harrison Ford overnight highly acclaimed star in Hollywood.

Harrison Ford: "Of course, ultimately, luck was there, but that's life in this". Harrison Ford quit his job as a carpenter now finally on the nail and focused on acting. With numerous films like the adventure series "Indiana Jones", he confirmed his exceptional talent, reaching world an amazing popularity. Harrison Ford showed people that there were many ways in order to realize dreams. He was for a long time not too bad to work as craftsmen. Nevertheless, opportunities were opened to be an actor. Harrison Ford recognized these opportunities and increased from a simple carpenter to one of the most famous actors of history.

Harrison Ford: "For me, the actors is just a job like the carpenters. I'm trying to do my job always tidy "