Sarah Neef: "There is always hope, everyone can fulfill their dreams " 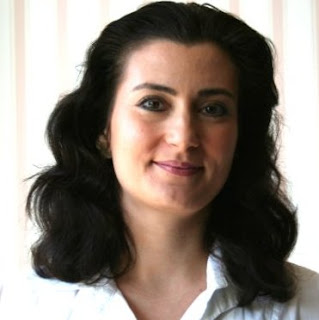 When Sarah Neef in 1981 came into the world, occurred complications. Probably lived a lack of oxygen to the fact that she was born deaf. One would you then still can help, but the deafness was too late discovered by doctors, so there was no chance of recovery. The parents were shocked, but they wanted the best for her daughter. They took her to Switzerland for known audio pedagogue Susann Schmid-Giovannini, there should not learn sign language (hand signals and facial expressions), but she was taught the natural speech. Sarah Neef quickly made amazing progress, in addition to the talk they also learned to read every word from the lips of their interlocutors.

But by their disability they had to realize soon that it was discriminated against again and again. At school feared the other parents, Sarah would stop the other children in their development, this negative attitude of the parents was also transmitted to the children, which is why she had few friends. But Sarah Neef struggled as an outsider by the school and had despite her disability always top marks. She decided to study psychology, although it tried to dissuade it, the former teacher, because of their disability, they should just step back in life. But Sarah did not listen to them and signed up for the study. There always had to sit in the front row so she could read the lips of the faculty, which was very stressful because they always had to be highly concentrated. If the presenter zukehrte her back, she lost the thread again. In group discussions they had no chance anyway, to understand something. But Sarah had to endure a strong will and a lot of strength to continue their studies. Was supported also by friends who helped out with her many transcripts.

Sarah Neef: "Many things are a little more difficult for me, but that's why I capitulate not from the outset"

But the great passion was the music and the dance. In a visit to the opera in a very young age she was so fascinated that she wanted to be a dancer absolutely. And the audio educator of her, Susann Schmid-Giovannini convinced with the words: "Music can not only listen, they can also feel." The enthusiasm of Sarah should soon get a setback, because the ballet school she refused to accept. But the parents persisted and Sarah was finally taken, also because the parents had to pay double the tuition fee because of their disability. Sarah had a very sensitive body, although she did not hear the music, but she felt the body. The deep sounds, she felt on the legs and feet, the higher tones in the throat, on the lips, the hands, the insides of the arms, neck and chest. She developed her sense of music so much that you did not notice her disability as a stranger, so talented she was.

Sarah Neef: "When I dance, I forget the world. I suppose the music over my body, receive the vibrations and oscillations of the sounds on the fine hairs on the skin. Before a new dance I am studying exactly the notes and play them over and over again on the piano until they are stored in me, the movements set then automatically "

Sarah Neff showed it all. The school she has passed with a score of 1.9, their studies with a score of 1.6. In addition, she has cleared a bushel price in German and humanism price in Latin. She is a writer, speaks five languages ​​fluently, although they can not hear your conversation partner. She plays three musical instruments and dances in a professional ensemble. Sarah Neef is deaf since birth and has in their lives still achieved more than many a person without disabilities. She wants to make deaf people courage to go their way, they want to show them what is possible, if you're willing to overcome obstacles.

Sarah Neef: "I do not quarrel with fate. I've learned to say yes to my life as it is. There is always hope, everyone can fulfill their dreams "