Hermann Ricker: "What is life all about?" 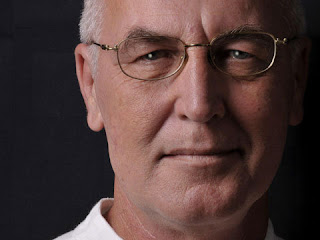 After the training as an engineer Hermann Ricker emigrated as a young man to Asia, where he founded a small company in Singapore. With a lot of diligence and skill Hermann Ricker built his company into a great empire. He expanded to many countries and sales rose by hard work from year to year. Hermann Ricker not only raked in millions of dollars, but enjoyed as head of the 1,000 employees already life to the fullest. He owned several houses, had his own yacht and was the most expensive cars on the road. In 1995 he was passed with its stately Jaguar just on my way to a business meeting, as a terrible accident.

Hermann Ricker: "I have traveled for my business around the world, my business was my life"

Hermann Ricker collided when overtaking a truck, the Jaguar was thrown around and rolled over several times. Miraculously crawled Hermann Ricker unscathed from his totally wrecked car. At that moment, he became aware of his own mortality, because life could be at any moment over. He began to wonder why people a lifetime possessions accumulated, although you could take anything of it at the end. The accident prompted Hermann Ricker to reconsider his view of life and embark on a completely new direction. He retired for a few days in the life back, sent away all the maids and then met for an incredible decision.

Hermann Ricker: "I began with employ myself. What am I doing in the world? Where am I from? Where do I go? What is life all about? "

Hermann Ricker decided to completely say goodbye to his old life. He wrote his powerful group together yacht and sports cars to his closest collaborators and gave away his entire fortune to charities. Hermann Ricker gave up all possessions and burdens of his life so far, just to gain the necessary space to gain new insights and energies. Only equipped with a bast mat and some food he now ordained in Thailand as a Buddhist mendicant to find the Buddha's teachings his inner wisdom. While all friends and relatives declared him crazy, Hermann Ricker was determined to put his plan into action.

Hermann Ricker: "The old must give way in order to find a new beginning. Dressed only in a monk's habit, I felt quite easily "

Barely three months after his accident, Hermann Ricker was in a lonely place, made entirely on his own. Without electricity or running water, he had to familiarize themselves with the nature and to take care of the food supply. Every morning at five clock early Hermann Ricker went on a begging tour to ask for food. As in Thailand, people had great respect for the monks, the food bowl was mostly full. Hermann Ricker washed his clothes in a lake and spent most of the rest of the day with meditation, sometimes up to 15 hours a day. This radical change his way of life without modern tools was very hard and Hermann Ricker had to overcome bad days when he would have preferred to return to his life of luxury with all the amenities.

Hermann Ricker: "That it would be so hard, I had, of course, not imagined. The suffering of the people arises because they constantly crave - possession, power, prestige "

Hermann Ricker managed by a mindfulness meditation to recharge your batteries and expose its deepest human potential. He realized that happiness which has been made of objects, was ephemeral. Only when one is no longer dependent made of material things, you could actually realize the happiness in yourself. Hermann Ricker deepened increasingly in the Buddhist traditions, studying the customs and ceremonies. He released his greatest fears and found his universal peace in his heart, and this without any material possessions.

Hermann Ricker: "I realized how it all fits together and works together. Could success can not be measured also on inner well-being, regardless of appearances and possessions? "

After years of spiritual teaching Hermann Ricker founded by his new name "Han Shan" a unique oasis temple where he could teach people from different nations and cultural backgrounds have acquired knowledge. He realized his life's work and supported now even seeking help to find themselves again and to follow the vocation for the public good. Hermann Ricker held widely acclaimed lectures and wrote books which soon were his extraordinary experiences bestsellers around the world.

The story of the millionaire, who was voluntarily destitute monk who brought many people to rethink. Hermann Ricker showed people that there was more to life than just power and possessions. He taught that the mind is only less than 20% of the energy used, which man had in himself. The remaining 80% were hidden and just waiting to be used. Whoever was in line with the omnipresent universal energies, managed to discover his true potential and to find the meaning in life.

Hermann Ricker: "Who can be worn by the energies, can be very, flushed from the shaft very far forward. For those that fights against and tries to create his own waves, can be very tired. I feel today a kind of happiness that I did not think that there is the "