Beate Uhse: "The most precious possession of the woman is the man's imagination" 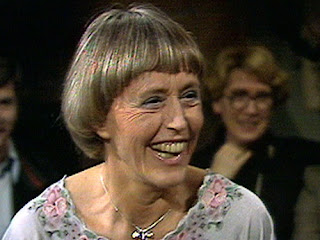 Beate Köstlin was born on 25 October 1919 in Wargenau (East Prussia) and was a very bright girl. Her parents helped her in various boarding schools for quality education and supported Beate where they could. By enlightened education at a young age Beate realized that you had to also break the rules in order to realize his dreams. These rules they broke for the first time, when she told her parents that she wanted to be a pilot, an exercised mainly by men occupation. The brother of Beatrice had told her the legend of Icarus and the dream of flying, and since she was so fascinated with flying have been that they did not even thought of learning a typical female profession, as it was actually common in the time.

So she visited against the will of their parents, the pilot school and managed by their intrepidity at the age of 18 years a pilot's license. Henceforth the young woman was unstoppable, her talent was soon recognized fly everywhere and they made several additional training. During this time she also met her great love, the flight instructor Hans-Jürgen Uhse, whom she married well. The love happiness seemed complete when in 1943, her son Klaus was born, but Beatrice had soon to cope with a heavy blow, because her husband was in World War 2 died.

They themselves did not participate directly in combat missions, but convicted new or repaired aircraft. But you came repeatedly under enemy fire, but she knew the ward by their flying talent. In 1945, Berlin was surrounded by Soviet troops, they made it at the last moment her son and to save the nanny, and fled with the last aircraft from the war zone. Daring she evaded the Allies aviators that they had just shot down by security. After landing it was indeed detained by engaging British forces, but released soon afterwards. The 2nd World War was now over, but Beate Uhse had almost lost everything. Her husband was dead, she was financially on the ground, and as a bonus they could no longer work as a pilot, as the occupying powers had prohibited all flying activities. But Beate Uhse was a fighter and looked well in this difficult time and as a single mother always forward.

The young widow went with her son to Flensburg (Germany), where they like many other people struggling in the difficult post-war period to survive. As a sales representative, they marched from house to house, trying to sell various products to keep herself and her son afloat. Through this activity they learned the way the predicament of many housewives know, because a lot of families at the time were afraid to have children. During this time meant children a severe economic burden, since many people had no work and no money for the care of the children. But the war returnees as well as the women had a need for sexuality, and many pregnancies had to be terminated therefore illegal under threat of death. Beate Uhse took these issues to heart and collected information about different contraceptive methods. Soon they came across a suitable method of contraception, which described how women were able to determine their fertile and infertile days.

Beate Uhse: "The people were the facts of unknown life"

Beate Uhse wrote a self-written booklet about and there was soon a huge demand for it. After a short time it has already sold more than 30,000 units, they had hit the nerve of time. Suddenly you people wrote letters from all over Germany, to obtaining advice regarding sexuality and eroticism, and it showed very clearly that here there was a large backlog after the war. Beate Uhse is to understand the needs of the human mind, and founded with four employees that "mail order Beate Uhse". The small company continued to grow, there were also sells books on sexuality and condoms. But in spite of the flourishing business she had repeatedly struggling with major problems, because no one wanted to give her credit, because society still very resistant responded in the time to go about their business. Beate Uhse had to deal with thousands of ads by conservative citizens, which Beate with their freedom of movement was an eyesore.

Beate Uhse: "Which bank gives a woman already a loan when acting with condoms?"

Beate Uhse showed in their lives over again perseverance and determination and was never diverted from their chosen path. Nobody dared her at that time, to be a pilot, and she became a pilot. In a time when no one wanted to talk about Enlightenment, it went exactly the other way and set up on their own, despite many resistances an adult entertainment company. Beate Uhse became one of the most important people in the sex education in German-speaking countries and was awarded in 1989 the Order of Merit.

Beate Uhse died on 16 July 2001 from the effects of severe pneumonia. She showed us that one should not just rely on other opinions and attitudes, but that one should always listen to his own voice. Anyone can do it all from his life, if he strongly believes.

Beate Uhse: "The most precious possession of the woman is the man's imagination"