Albert Einstein: "I have no special talents, I am only passionately curious" 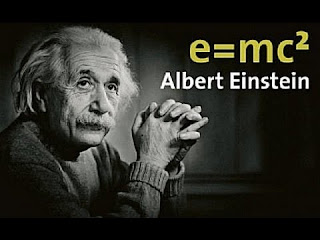 Albert Einstein was born on March 14, 1879 in the city of Ulm (Germany). At first they thought he was retarded, as he began to speak until the age of 3 years. As a young child he had a crucial experience in his life when his father showed him a compass. He discovered for the first time that the world had to act unseen forces and this stirred up henceforth his curiosity. While Albert Einstein was a good student, but he got in trouble at school because he did not want to submit to the strict rules. The methods the teacher to win with fear and violence among pupils at authority, any joy attended school him. Again and again he rebelled against teachers and strict penalties could not break his will. The violent clashes with the teachers led Albert Einstein at the age of 15 years, rushed the embossed of law and order and to leave school without qualifications.

Albert Einstein was interested in since his experience with the compass only for science. He immersed himself for hours in scientific books and constantly gave an overview of the current state of research. One day he had a dream where he was racing across the galaxy with a sled speed of light, and was accompanied by impressive light pulses. Albert Einstein was so impressed by this phenomenon that he wanted to do scientific research about it. He took his degree gradually began to study mathematics and physics at the Polytechnic in Zurich (Switzerland). Albert Einstein was also very stubborn and tried to compensate according to him incomplete subject matter privately by recent literature, which he often shone with the absence in the lectures. About the wayward student also has been discussed very much. While some professors thought he was lazy and solitary, others were again impressed by the self-conceived methods of Albert Einstein, which amazingly, always led to the correct solution. For a dissolute student life Albert Einstein did not have time for it, he was too engrossed in his studies and his own training.

Albert Einstein: "Imagination is more important than knowledge, because knowledge is limited"

Albert Einstein ended at the age of 21 years successfully graduated. He immediately applied at other universities to get an academic job, but he received only rejections. Whatever research institute he anschrieb, often his solicitations were not even answered, you just thought he was not qualified enough. Albert Einstein was very depressed and felt like a failure. Although he studied with some of the most famous physicists and mathematicians, he had a lot of useful contacts is nullified because he provided no respect most professors. Albert Einstein now had to earn his living as a substitute teacher to come somehow to make ends meet. After some time, he finally found a permanent position at the Swiss Patent Office in Bern, where he had to examine patent applications from inventors. This work appealed to him because it mentally called him, and he incidentally still had plenty of time to pursue his real passion and think about physical conditions. Although he was completely isolated from other physicists, but he worked alone by far more efficient than in the Community and was not distracted by a partisan viewpoint.

Albert Einstein kept up every day his childlike curiosity and followed persistently his reverie. If new ideas emerged, he confided to his empathy, trying to gain new insights. The realm of fantasy was his chief adviser and his intuition the source of his research. Albert Einstein felt instinctively to the problems which existed in the scientific study of natural phenomena. With great patience, he managed to discover solutions and exceptional contexts, and in 1905 published his first writings, which should change the world of physics forever. Among the texts were the novel hypothesis of light quanta, or the theory of relativity. He thus revolutionized the notions of space and time and developed the famous formula of the world: E = mc² (energy equals mass times the speed of light squared). During his publications Albert Einstein was working still at the patent office.

Albert Einstein: "When a man sits together an hour by a pretty girl, his time seems like one minute. He sits on the other hand on a hot stove, seems to him even a minute longer than any hour. That's relativity "

Albert Einstein was subsequently an instructor and quit his job at the patent office. He has taught at various universities and stubbornly went his own research after. Through scientific studies and numerous experiments, the theories he could soon be all occupied. Albert Einstein achieved by a high profile and his ideas spread worldwide. Unlike many other scientists, he also made himself constantly thinking about how his research has been put into action. On 09 November 1922 he was awarded the famous Nobel Prize for Physics. By the time he rose to become a real crowd pleaser, the media loved his extravagant appearance and his quick-witted answers. For the people it was not just the usual boring scientist but a loving contemporary, which openly dealt with his fellow man and had never lifted. All over the world he held highly acclaimed lectures and several honorary doctorates were bestowed him. He used his fame to campaign for peace in the world and for human rights.

Albert Einstein died on April 18, 1955 at the age of 76 years. Throughout his life he had to overcome many obstacles and prejudices to defend themselves against. At school there were constant conflicts with the teachers in the study period, most professors spoke disparagingly about him and he did not get suitable job because he was regarded as unqualified. But Albert Einstein kept his never be beaten and left with an unshakable confidence in his own way in the world of physics. He believed in his dreams and visions, and had a keen sense to actually put it into action. By this way of thinking, he managed to forever changing the physical world and ascend to one of the greatest physicists of all time. The news magazine "Time" named Albert Einstein 1999 Man of the Century.

Albert Einstein: "I have no special talents, I am only passionately curious"