They Tell Me About Broken Heart 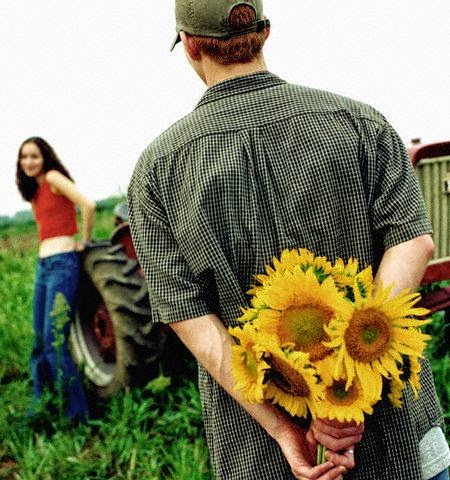 Hmmm ... this title glance seems to be normal, but you are wrong! already common in everyday life. Why so? Perhaps because of the phrase "falling in love".
But if I translate the word in the beginning of the title and try to translate into the same language will usually translated into "a man who had a soft attitude" and if translated deeper into "a man who has a very unusual attitude gentle and caring". The picture is the easiest is if we see a man with a woman who if required to open the door (car, home, office etc.), Brought the goods, pulling a chair while eating, walking next to the dangerous parts, giving a flower etc. how romantic .... :D
Why should I want to write this, because it happened in the space of a month not until there were two men who say seriously if again plagued by anxiety due to "falling in love". They I categorize the type of gentleman, because of the way their attitude to their girlfriend.
One of those men was having a relationship with a girl, but because of the attitude of this girl is always "doubt" in which direction she wants and while the man was "very, very much like to be eternal life partner forever", becomes very painful if not so with that girl , better to be death he said. hahahha lol
The second, a grown man over the age of 30 years which can just break up the words of his girlfriend once got a marriage invitation will marry his girlfriend with another man, even though they had to build relationships "more than seven years". Great!
To be sure both admitted that it is so loved women it, so that failures or anything that hinders will always overshadow become a part of life that is indescribable pain.
Do not know why, so far I can always be a good place for anyone tell who was familiar as well as new only know a few moments earlier. And the average always said he was satisfied if already told me and I was willing to listen and give a little input. But hear both story it inevitably still suck my attention, even become its own record in the subconscious.
Why?
Because frankly I do not really know what the right answer should I give. The words that they only to wait and pray? Stale advice though nice and reasonable, because of course everybody already knows. I'm not going to give advice withering advice or stale like this because personally I also do not want to if already tired vent sound advice only "just" like that.
However I have to (at least) lighten their load, that is the discipline to remind yourself to always hold the principle of "do not tell yourself that if you can not do" and "do not blame and patronizing if it just will increasingly become a burden". So should remain positioned itself to be like everyone had the same problem.
The problem is more complicated is if the story perceived problems love a man like that. Frankly I never knew because it never felt loved him with a love that great anyway (he he so shy). Secretly, as a human being inside I just jealous and instead blamed why women can not be faithful. Our hearts just remember my own life story that just meet the man who can not faithful to me or if there were to be "gentle" she just wants as he grieved when his friend and not when his love because I'm always attentive to her (my friends say "exhausted you man to suffer: p, so he's like wants only friends on you ") ... .Thanks God!
Honestly I do not know what they should tell you on? Because I who gave allegiance only it actually always left out. More irony again because I tried to evoke "broken heart" my way which they said "soothing and very reasonable", they are actually making me "you've never felt how it feels to be hurt anyway ...".
Quote:
"O men to be brave if you feel hurt, so tough if you loved" by Dewi