I am The Lazy Boy 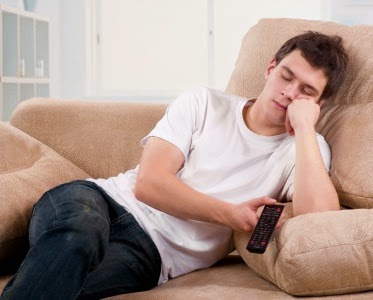 This time I'll tell you a little about my daily activities during this time. Maybe I will tell my daily activities of the semester yesterday until the present. But sometimes I have a little bit of a slacker nature with my daily activities, and that makes me ashamed of myself, yes even though I often try to resist the will of laziness, often times I was also defeated by the laziness.
Daily activities when I was a college lectures is running. Every day I get up about 6 am (it was sometimes awakened by an alarm) when I get a schedule of lectures in the morning around half past 8 in the morning. Despite waking up at 6 am often late in entering college activities, as I was feeling lazy expression that made me late, where after waking I still relax out on the bed for about half an hour, after I see hours already showed a half-7 that I did my routine was watching the morning news, because it is one of my hobbies. I watch the news about half an hour, then half an hour later I shower. And left for college about an hour and a half 8 am and until campus about 8 am, when the lecture started at half past eight in the morning. And during the course of activities during the first half of my usual to go to college and do chores.
Besides lectures daily activities I was exercising. Usually within a week I took myself to play futsal 1 to 2 times a week, and usually at home I also took time to exercise weights for some time. I think that without sports week body feels a little bit heavy to move, and so I am glad that the name of exercise.
In addition to exercise, daily activities I used to play games as refreshing of assignments, both online games and games available in the gadget. Because I think the game can help the brain refresh of daily activities that require thought.
Sebernarnya person I would rather spend time at home rather than spend time outside the home while no activity. Because I think it helps the elderly at home is an obligation for me, and often I was also asked by my parents, both helping to wiping the dishes, sweeping, and as a driver I often do at home when I'm not there any activities at home.
That's a little story in my daily activities while in the house, or outside the house, hopefully a little story of my everyday activities can be a benefit to the reader here lol. By Yulio H