I Won't Let You Alone 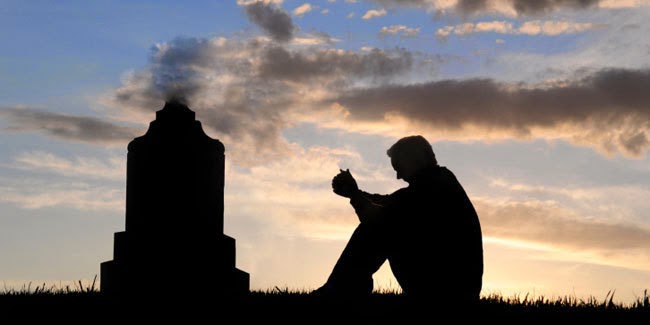 A True Story, Love can sometimes make a person do something out of the ordinary. Like what Rocky Abalsamo did, He has 20 years of guarding the tomb of the most beloved wife. Rocky Abalsamo loved Julita, the woman who has becoma his wife for 55 years. Unfortunately their togetherness that must come to an end, when Julita called by God in 1993.
This woman died while cardiac surgery and was buried in St. Joseph's Cemetery in Boston. Since widowed by Julita, there is a part in the life of Rocky who also died. Therefore, this man decided to keep the tomb of Julita.
For Rocky, his wife is true love with the incredible beauty. In 2000, what he does every day with guarding the tomb of his wife despite the rain and scorching or even a snow storm came, he got the attention of The Boston Globe.
They moved to see the loyalty of this old man who is already 20 years has always been a guard to the tomb of his wife. Rocky reason Abalsamo keep Julita tomb is because he won't let his soul mate lonely. "He was part of my life, so this is where I feel full," said Rocky.
His children may feel worried with the his health and condition. But there will be no one can prevent this man came to the tomb of Julita in every day. "The special thing from my father is that he lives in his own way," said his daughter, Angela.
On January 22, Rocky died after his health declined. He died at the age of 97 years old, after over 20 years he keep his wife's grave relentless.
Rocky died to uphold the fidelity of his love. He was buried in the tomb of his wife as he always did so far, was on the side of Julita.