How Much I Love You 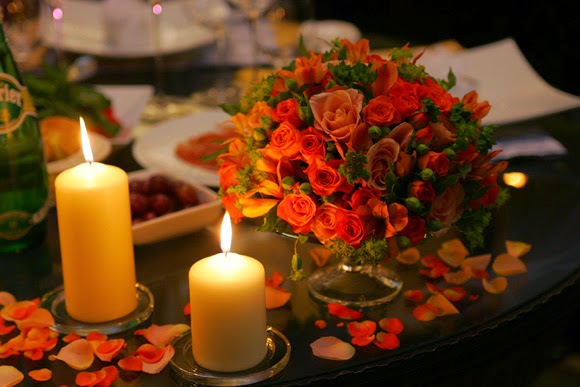 Bad Story but I still write it here. lol
In this life, there are many things that fill in our lives. There is a hope and faith and love. That day was Friday morning and a young manager finally decided to ask for a raise salary from his boss. Before leaving for work, he also told his wife what he would do.
Throughout the day he felt restless and anxious. Finally, in the afternoon he gathered all his courage to meet his boss, and how excited he was, it turns out that his boss had been agreed.
That husbands felt so happy, he arrived at home and was greeted with a dining table trimmed so beautiful with the best porcelain and lit candles.
Smelling of food for the party, he was suspicious, someone from his office had call his wife and tell the good news to his wife. He was looking for his wife in the kitchen, he was so eager to share the good news detail.
They embrace and dance around the room before sitting down to enjoy delicious cuisine provided that his wife. Next to the plate he found a piece of artistic record once, reads:
"Congratulations, my dear, I already know you're going to get this hike! This dinner is to express you how much I love you."
Later, while walking to the kitchen serving food about to help his wife, he saw there was a second card that fell out of his pocket. As I picked it up from the floor, he read, "Do not worry if you do not get a raise! Although you should deserve it. Dinner is to express to you how much I love you. No matter what happens ..."
Receive entirely, fully support, love entirely in total. His wife stood behind him despite whatever happens, soften his heart, heal the disappointed and believe and trust him. You may be rejected by many people the most important thing is that you are loved by someone.
- Y. Wibowo
Photo By; clancysmeatco.com