An Old Man With Papaya 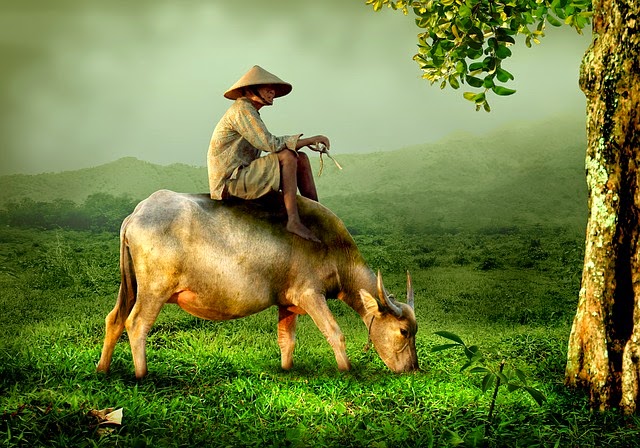 I want to start our reflection this time with a reminder on one of the many life stories that may occur in front of our eyes. The story is about an old man who is simple, life as a humble village. One afternoon, he found papaya tree in front of his house had been fruitful. Although only two but has yellowed and ready for harvest. He plans to pluck the fruit in the morning. However, when morning arrived, he found a papaya fruit lost stolen.

The old man was so sad, so his wife was surprised. "just because papaya you get so moody" said the wife.

"That's not why I feel sad" said the old man, "I stripped, how hard the thief took our papaya. He must secretly in the middle of the night to escape detection. Not to mention have to climb with difficulty to be able to pick it .. "

I will borrow a ladder from our neighbor and I will put it under our papaya tree, hopefully the thief will comes back tonight and will not trouble again take the other one". But when the morning comes back, he found that the papaya is still there along with the ladder without the slightest shift. He tried to be patient, and hope the thief will appear again on this night. But the next morning, still papaya fruit was still in place.

In the afternoon, the old man had a visitor who was carrying a large papaya fruit in his hand. He had never known such that man, after a long conversation, when they want the guest farewell with much regret admitted that it was he who had stolen the papaya.

"Actually," said the guest, "The next night I wanted to steal the remaining fruit papaya. But when I discovered there was a ladder there, I was awakened and since then I am determined not to steal again. For that, I return your papaya and to redeem my fault, my new papaya as a present I bought in the market for you ".

Lessons can be learned from the story of inspiration above, is about sincerity, patience, kindness and a positive outlook on life.

Can we stay positive when we lose something we love sincerely looking on the bright side and forget the pain of a "catastrophe"? Be better humanity.