The best time of our lives 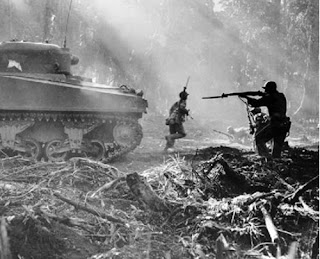 1944 the states of Lithuania, Latvia and Estonia were occupied against the will of the population of the Soviet Union and incorporated. This period was characterized by a large settlement policy of the Soviet Union in order to make the ancestral population minority in their own country. Of course there was resistance movements against oppression, but they were punished violently by liquidations or with harsh prison sentences. Against the superiority of the great Soviet Union (USSR) these small countries did not have the spark of a chance. It took until 23 August 1989 should be to one of the most unusual and spectacular actions in world history change this situation.

Witness: "I have always wished that we would be free again, but that was not realistic. Only in the context of a war it seemed to imagine and of course nobody wanted "

The time of change had come for many people in the Baltics. They gathered in public squares and demonstrated peacefully for independence. There arose various liberation movements, but it was feared at any time the severe penalties of the Soviet Army. There were repeated attempts at intimidation by hard prison sentences against the demonstrators in order to break the resistance of the people. But the Soviet Union had not reckoned with the courage of an entire people, which formed a coherent human chain over a distance of 600 kilometers on 23 August 1989. Over two million people took part in the action, all three countries Lithuania, Latvia and Estonia were involved. People were afraid, every moment she feared that tanks of the Soviet army showed up to stop the human chain force. But nothing happened and the people began to sing the time strictly forbidden folk songs of the Baltic and waving old flags. Until the night was now sung to underpin their will for their freedom. For the first time the whole world witnessed this impressive freedom of movement was.

Witness: "Every day we were afraid when the tanks came. We had tears of joy in his eyes and anxiety pain in the abdomen. This harmony of the people was the best time of our lives "

The Soviet Union tried to downplay this action, but the people in the Baltic States had realized that they had to be accepted together a lot more power. Increasingly, there were now riots and unrest. The situation worsened in 1991 continues to, in Lithuania there were ever to mass protests. The Soviet Union responded and sent heavily armed tanks to Vilnius, capital of Lithuania, to stop the protests. But again they underestimated the courage of the people who are unarmed in front of the government buildings barricaded themselves in order to protect the building and their deputies. The people formed a chain again and stood bravely against the Panzer Army. No one was expecting violence against the demonstrators, as out of the blue, the soldiers started to shoot live ammunition at the crowd and the tanks just rolled away over the people.

On this day, on January 13, 1991 (Vilnius Bloody Sunday) killed a total of 14 unarmed civilians, over 1,000 people were injured. The bloody crackdown against unarmed people did not go unnoticed and it hailed international criticism of this action. As voted in a referendum on 90 percent of voters for an independent Lithuania, the Icelandic parliament decided the first country ever to recognize Lithuania as an independent state. Shortly afterwards followed the other countries of the world, and as international pressure grew, the Soviet Union recognized the independence of the three Baltic states of Lithuania, Latvia and Estonia at last.

Although the situation still seems so hopeless, there is always hope. The people in the Baltic states took their fate into their own hands and braced themselves with incredible courage and will against the superiority of the Soviet Union. Without having ever even taken up arms, they managed to bring the human chain (Singing Revolution), a movement in transition that even the Soviet Union could no longer stop.

Witness: "Only when the last soldier withdrew from the Baltic States, was the Second World War to an end for us"